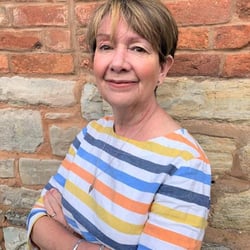 "I thought I'd experienced crisis management and had been in that space before with austerity and various other kind of organisational challenges. But obviously not in the same way as we've experienced over the last 14 months!" admitted Anne-Louise Clark, Executive Director of Communications and Change with Audit Wales. "So for me it has been about learning how to deal not just with your own emotions, of being in shock and panic and levels of uncertainty, but how to pivot your leadership style to lead in a different way."

Anne-Louise joined Audit Wales in February, having most recently been the Chief Officer Commercial at Blaenau Gwent County Borough Council where she oversaw service design and capacity, and experienced the impact of, and helped lead the response to, Covid on the delivery frontline. She has been a career-long advocate of talent development and mentoring.

"It's about providing that reassurance that whilst we might not have all the answers, we're able to work really hard with what we do know, and that that's okay," she explained. "Sometimes people can be overly dramatic and create a sense of fear in the workplace. So I aimed for a measured sense of urgency." 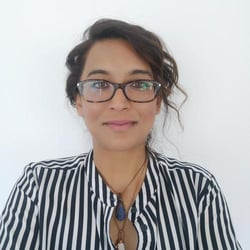 "Working in the virtual space taught me a lot about my own capacity," said Manisha Pathak, Minority Ethnic Talent Association (META) Programme Lead at Cabinet Office. "I've got a young family so dealing with the dynamics of homeschooling, leading a programme and managing your own team during a global pandemic, you know, taught me a lot about the importance of health and wellbeing the importance of empathy, you know, being authentic."

"You're working from home we're allowing people into our homes, which adds a layer of of another of yourself, you're, you're giving to your team and those you're interacting with, you know, being mindful of the virtual fatigue so giving, allowing your team to take time to re energise however that may be," she continued.

Manisha shared that she brought some of her own mindfulness practices into the virtual workplace, sharing with her team how just focusing on the breath, something we do all the time but never really focus on, has been a great way to stay grounded.

"There was a book that a dear friend gave me a while back - Feel the Fear and Do It Anyway by Susan Jeffers, and that really stood out for me, particularly at the time of Covid, the Black Lives Matter, delivering a programme, and moving to virtual delivery," said Manisha. "Me and my team formed and developed 'META Moments' - a safe space where the META family could come together. So for those in the delivery space - if instinctively you know that something is right - then my advice is to 'feel the fear and do it anyway'." 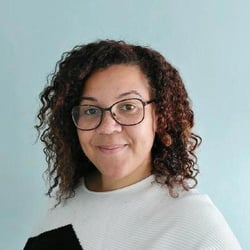 "During this last year there's been a real recognition of what your role as a senior leader is and what it is not," said Jean King, Deputy Director – Health Employers, Health and Inclusive Employment with the Department of Health and Social Care. "I think before with us all being in office, there was a presentational role that you're there to play where visibility and presence are really important to advance policy and get things done. But working remotely with critically-important and fast-paced work, it's been essential to create a really strong framework for your team."

Jean is responsible for ensuring an inclusive employment environment among health employers, and is also Co-Chair of DHSC's ethnic minority network.

"Because of the extremely fluid working environment, it requires you to be very clear about what needs to happen and where we need to get to, whilst allowing people the space to shape how they want to deliver in a way that works for them," she continued. "So I guess some practical ways of that is understanding and recognising the working patterns your team."

Jean shared that when she went to move to NHSX, which helps set policy and develop best practice for technology, digital and data within the NHS, she had to build a function from scratch. This meant embedding policy while partnering with new digital delivery team, none of whom knew each other.

"None of us has had any previous history in these circumstances, but a leader has to immediately honour the skills and experience that your people bring to a role," said Jean. "You've got to get that 30 minutes in with every single person, find out about them what experience they have what do they offer, and then actually use that. People bring skills to the job that, particularly during Covid, were absolutely business critical. But unless you actively ask what skills your team have, you'd never know."

"As we potentially shift into into a new hybrid way of working, I think we will need new leadership skills. How do we create those leaders that are able to be agile, be able to flex into into this new world of virtual but also be creative in in the virtual space?" Manisha questioned. "I've got another book I'm going to recommend by Nancy Kline, Time to Think. She talks about how to create that culture of or around time to think, you know, creating a culture to create space for colleagues to use their voice to say what they really think."

Anne-Louise referred to traditional conceptions of leadership being based on military models, and framed in terms of winning battles with tough and unemotional thinking. The reality of Covid has instead underlined the motivating power of kindness and compassion.

"We've got those people who are put into leadership roles who probably don't really like it particularly I think it is a skill in its, its own right as opposed to a bolt on to a technical skill so I think in terms of the thing, the skills that we'll be looking for in the future from our leaders is people who really understand people. That we are nothing without other people kind of doing the things that are really difficult and really critical," added Anne-Louise. "I think also, we need to develop leaders who've got a sense of kindness and compassion. And this is something I've seen in abundance over the past 12-14 months."

James is the Editor of GovX Digital, and has been covering digital government and public sector reform for 20 years. He also oversees the development of the agenda for the UK's biggest public sector transformation conference.